Argumentation (the process of producing arguments and responding to those put forward by others) can influence opinion dynamics in artificial agents: from previous research we already know that argumentation can be conducive to agreement among artificial agents, and that the effect size depends on types of argumentative behaviour.

If argumentation can bring about agreement in debates, does it then also drive polarisation or de-polarisation? As a technical concept, polarisation can be understood as a characterisation of disagreement. Sometimes agents agree on many shared background beliefs, but disagree on how exactly to apply them in a specific scenario. Such disagreements need not result in substantial population fracturing. But agents can also cluster into distinctive groups with high internal agreement and high disagreement to other groups. Disagreements that cluster in such a way are polarised in the sense of belief, or issue polarisation.

A model of argument introduction and response

The paper “Arguments as Drivers of Issue Polarisation in Debates Among Artificial Agents” looks into the polarisation dynamics in a formal debate model built on the theory of dialectical structures. In the model, agents participate in the debate through (1) introductions and (2) responses:

Results show the influence of argumentation on polarisation

Our results indicate that argumentation can generally be conducive to polarisation, but that there are differences between argumentation strategies:

We use two algorithms to determine clusters in the population, the Leiden algorithm by Traag, Waltman and van Eck, and Affinity Propagation by Frey and Dueck. The measure shown here, Group Divergence, is one of the cluster-based measures in Bramson et al.’s paper on standard polarisation measures.

It is also interesting to see how clusters build up and change throughout a model run. Although every argumentation strategy has a non-zero chance of facilitating low and high polarisation, on average they lead to quite different dynamics: 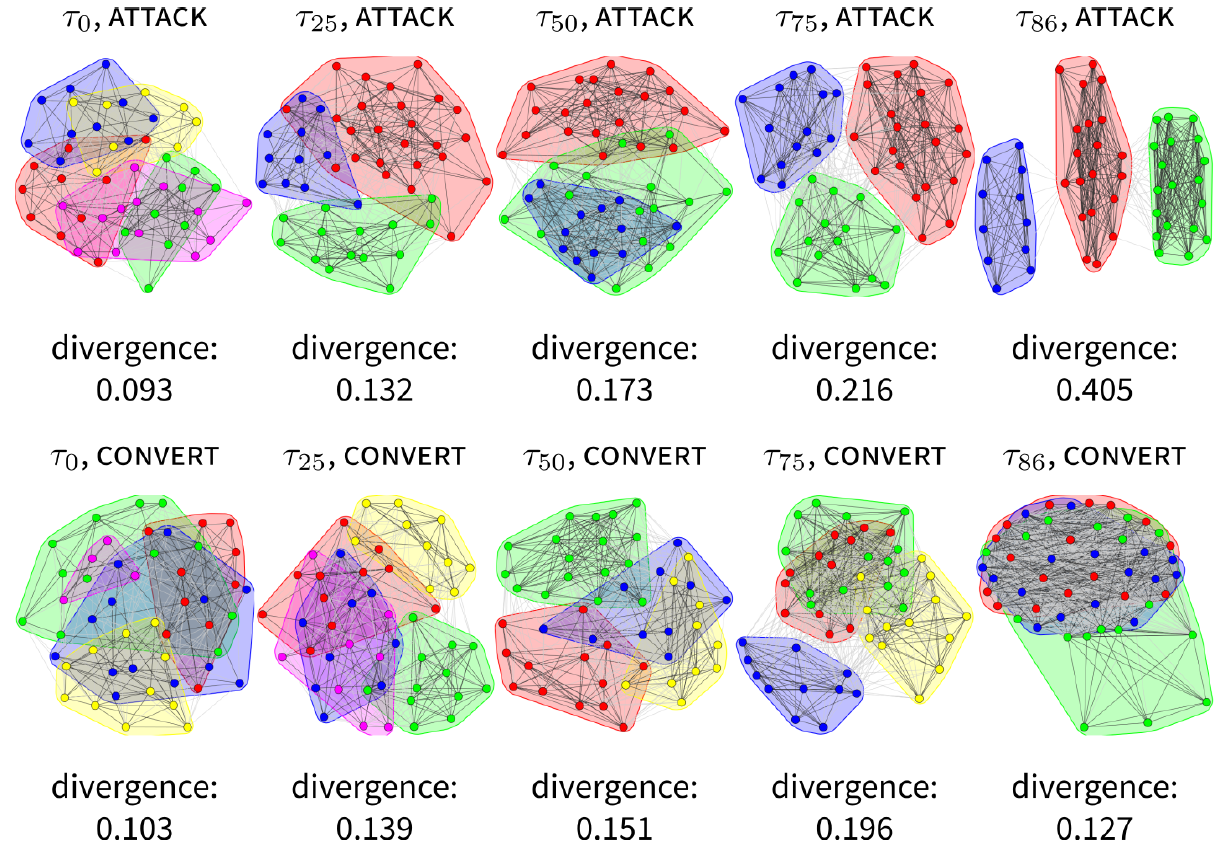 The observed tri-polarisation in the “attack” model run is particularly interesting when compared to the very low clustering in the “convert“ strategy.

We speak of de-polarisation when initial states of medium and high polarisation are reduced to lower states of polarisation. The paper also looks into polarisation dynamics for debates initialised with perfect bi-polarisation, that is, pre-configured clustering into two cohesive groups that are maximally distant to each other: 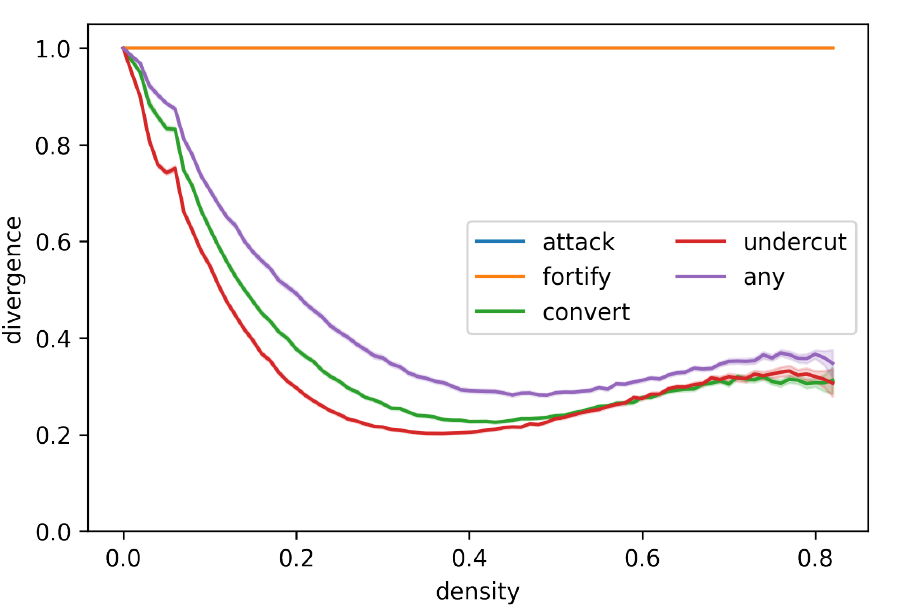